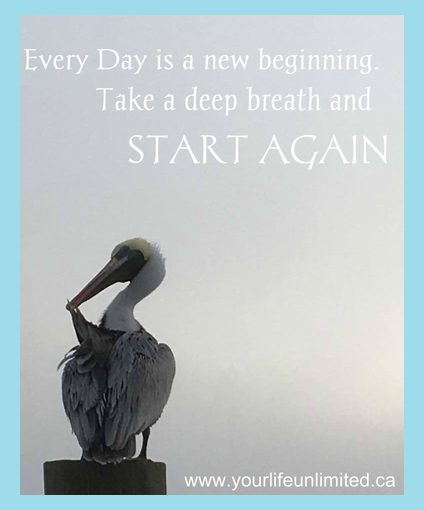 Pay attention to what’s happening next.

I was in the security line the other day, you know, where you put all your worldly possessions on trays? The man in front of me loaded his stuff into the trays and then took out two extra trays for the next person. In all my flying I have never seen (or done) that small act before.

Well my observation was that this man was not so caught up in his own little world as the rest of us might be. He was paying attention to what was going on behind him, who was coming behind him, even though he didn’t know them.

Simple things like holding the door open for someone behind you and uh – gentlemen … putting the toilet seat down.

It’s not about those individual acts per se, it’s bigger than that.

It’s about being aware that behind you, after you, someone else is showing up and you can do little things to help them out and make their life easier without taking more than a tad of effort, thought, time from you.

Paying attention to what’s happening next, it’s just one more way to live Your Life, Unlimited!
***

This week on CJOB Radio…

Corny Rempel – Elvis Impersonator and man of many talents shared stories and encouragement from behind the sideburns! – crempel@goldenwestradio.com

Also on the show…

Tara Torchia-Wells – author of The Compression Garment Diaries, the book I felt it was a privilege to read. We talked about helping people we care about through illness, Tara says, “Whatever you think you should do – you should do that.” Great advice! Let’s stop second guessing and use do it! Tara can be reached at tara@theunexpectedgift.ca.