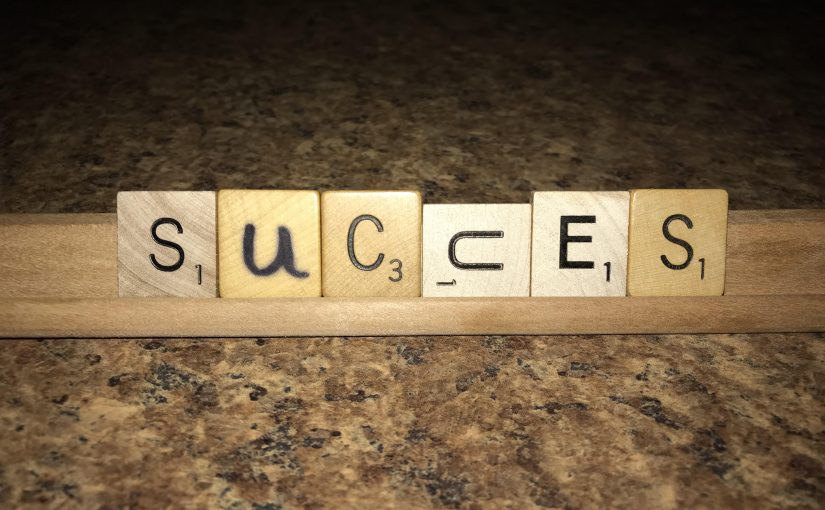 This year I am using Scrabble letters to create a word to focus on for a space of time. I place the word out on my counter so we can see it frequently, then I move it to my Scrabble board. I thought it would be cool to look at all the words gathered in one place at the end of the year.

This week the word SUCCESS found its way to the Scrabble tray (What’s that thing called?) and as you may notice from the photo, I had to do a little Scrab-ad-lib’ing because many of the letters are already on the board.

Looking at the word in this imperfect form made me think about success from a new angle:

Are you being true to yourself in what you are striving for?

What barriers are coming in between you and what you really want and what small steps can you take to forge forward?

See yourself in your own version of your success. Feel it. Smell it. Taste it.

Now go catch up to that vision and put yourself in it!

Personally, I would rather fail originally, than succeed in cookie cutter imitation of what someone else thinks success is or should be.

As always, I love to read your thoughts and ideas!