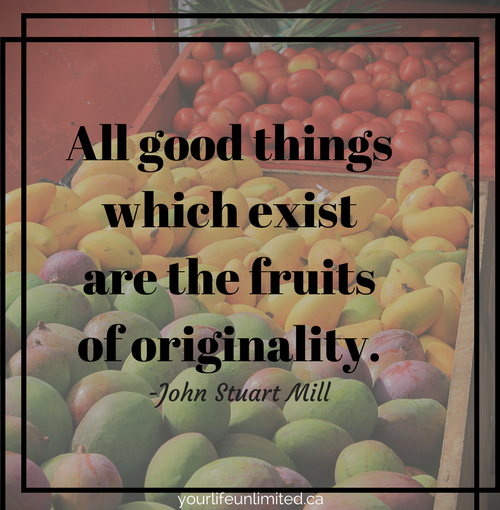 Last June as part of my 50/50 list (50 challenges in my 50th year) I decided to go Vegetarian for 50 days. Well, the actual challenge was to go Vegan for 30, but it was a little more than I was ready for so I did what I thought was a fair compromise.

Little did I know at the time that this new way of eating would stick and that a year later I would be singing its praises. When people choose to go vegetarian, vegan or the lesser known pescatarian – meaning you eat fish/seafood (this is what I am currently practicing), it’s typically for at least one of these three reasons:

For me, it was something I had wanted since I was a teenager but perhaps it was ignorance, laziness or fear that kept me from pursuing the idea. The time is right now and I have been surprised at how simple (most of the time) it has been. It’s been way easier than the 50 day sugar-free challenge!

If you ask my family when the smoke detector goes off it generally means “Mom’s cooking” – ha ha! But alas, I have been finding dozens of vegan and vegetarian recipes on Pinterest and almost every single one has been not only beautiful to look at but tasty as well. Perhaps it wasn’t that I couldn’t cook, maybe I just couldn’t cook meat?!

In any case, many people ask me if I feel different and the truth is my body doesn’t, but my mind does. I feel proud of my decision, my stick-to-it-edness and that I finally made something that was important to me decades ago come true.

This lifestyle is clearly not for everyone, however, the idea of going meatless once a week is something that I would like to try to sell you on!

Meatless Monday is an international campaign that encourages people to not eat meat on Mondays to improve their health and have tangible environmental impact. Their goal is to reduce meat consumption by 15% for our personal health and the health of the planet.

Going meatless just once a week may reduce your risk of chronic preventable conditions like cancer, cardiovascular disease, diabetes, and obesity and can also help reduce our carbon footprint and save precious resources like fossil fuels and fresh water.

In fact going vegan for just one day a week saves:

Give them a google and consider the challenge. Monday or any day is a good day to go meat free!

Speaking of Going Veggie…this week on Your Life, Unlimited radio on CJOB we invite you to get outside yourself, what you normally do, who you think you normally are, what other’s normally expect of you!

Enjoy the whole show as the convo gets started on these two questions:

Can a book change your life?

Well it did for Terry Collins who after reading Younger Next Year began training for his first triathlon at age 65 and who now does per 2-3 year!

Is there life after wrestling for Vance Nevada aka Vern May?

After this successful wrestler had to leave his career due to an injury, he had to figure out how to reinvent himself and did he ever!