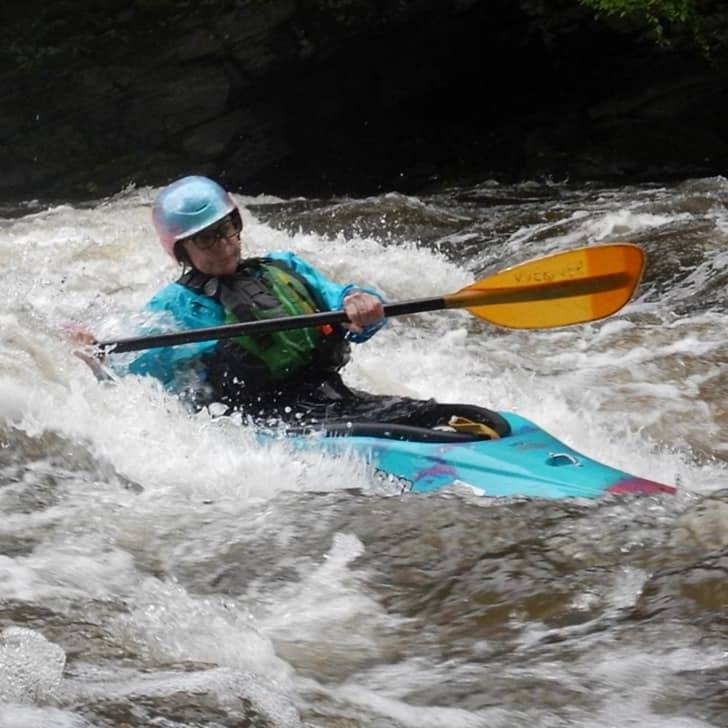 I had heard other guests at our hostel talking about her amazingness earlier so I was excited to meet this Connecticut woman. If I still did my radio show, she would be exactly the type of person I would want to interview, even without the show I was hoping for the chance to ‘interview’ her off the air!

She was the only woman with a group of men on a week- long expedition to kayak one of the world’s top 5 white water kayaking rivers which happens to be in Costa Rica. That in itself is pretty inspiring. 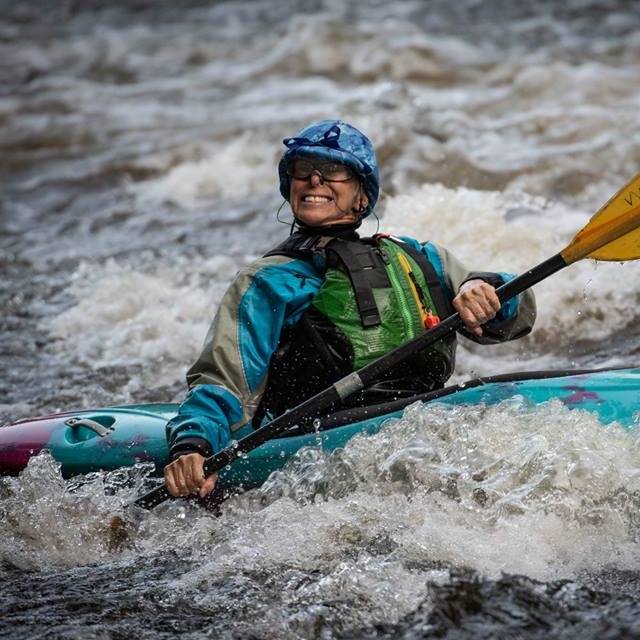 But wait, there’s more. Maybe you think, like I did, that she grew up on the water and has been doing this all her life.

Just to be clear, it’s not white water rafting in a boat with a bunch of other people, it’s kayaking, that means in a boat solo, on treacherous white water rivers.

When I asked her how she came to start this sport at 61 she told me that when she divorced at that age, she just  had to start a new life.

“New everything.” she said.

Jo-ann started traveling places solo and joining in with other groups and trying new things and leaning into what she loved.

“So what do we do? Anything. Something. So long as we just don’t sit there. If we screw it up, start over. Try something else. If we wait until we’ve satisfied all the uncertainties, it may be too late.” Lee Iacocca

When I caught up to her she was on the 4th day of 5 straight days of paddling, 4-6 hours a day, keeping up with men less than half her age (they were totally bragging on her) and she was raring to go for day 5.

Plus, she already had her next whitewater kayak expeditions planned for a few months out. She’ll be off  to paddle in China!

She still works because she wants to subsidize her trips. WTH??

Now, I hope a day will soon come when it won’t be a surprise that a 73 year old woman is whitewater rafting with a bunch of young men but today, I’m sorry, it’s a surprise to me!

I creeped her Facebook page and her kayaking photos are just amazing, I just had to steal one to show you here and I think I’m going to print one to put on my fridge. I am so incredibly inspired by her story.

If you have ever used your age (too old or too young or too anything for that matter) I hope Jo-ann’s story will inspire you as much as it inspired me.

You may not need to find a new everything but keep your eyes peeled for a new anything, you might just end up with a new passion and/or having a stranger putting up a picture of you on their fridge (not in a creepy way)!

Finding a new everything or a new anything, it’s just one more way to live Your Life, Unlimited